Emergency Exercise to be held at the Fredericton International Airport 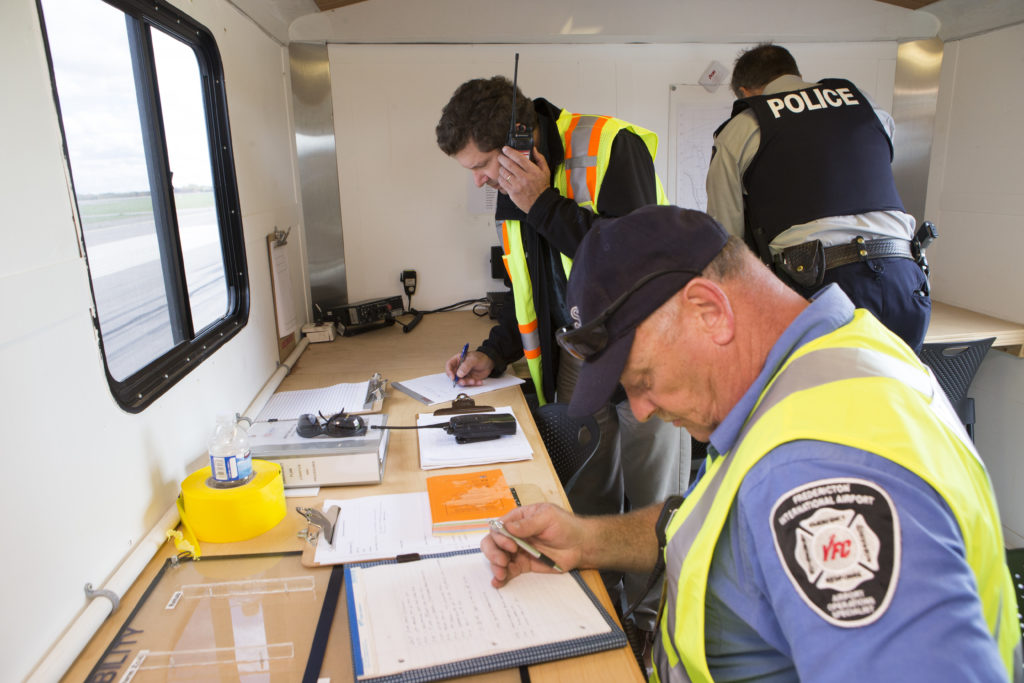 The Fredericton International Airport Authority (FIAA) will conduct an emergency preparedness exercise on October 11, 2017.  The event will be held at the airport from approximately 12:30 pm to 3:00 pm.

The purpose of live emergency exercises is to test the coordinated response of all facets of the emergency response system in the event of a major incident. Therefore, the public will see emergency vehicles and personnel including the RCMP and Oromocto and Fredericton Fire Departments at the airport during the afternoon of October 11, as well as smoke on the airfield.

The exercise will not be open to the public as it is taking place on the airfield, which is restricted. Regularly scheduled flights will not be impacted by the emergency exercise.

This is a planned and controlled exercise, and there is no cause for alarm.

Public inquiries concerning the exercise may be directed to the Fredericton International Airport at 460-0920.

The Fredericton International Airport (YFC) serves over 377,000 passengers annually and offers direct daily service to the major hubs of Toronto, Montreal, Ottawa, and Halifax, along with seasonal service to sun destinations. Through direct, indirect and induced economic activity, YFC brings 513 jobs, $8.5-million in taxes, and $24-million in GDP to New Brunswick every year.